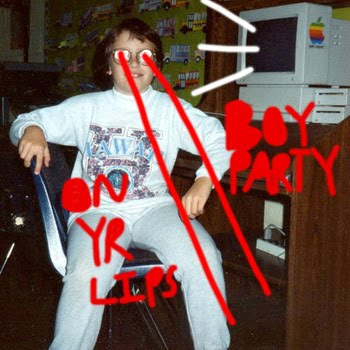 DSK loves the DIY spirit of young, creative musicians who are saying F the system, let's make music because we can do it ourselves, have a lot of fun, and give some cool people some great tunes. I recently briefed you on Alligator Indian, a band from North Carolina, USA, working on some great garage/punk tunes. Well they have some buddies who are also involved in the DIY music scene of North Carolina, a Greensboro band by the name of Boy Party (I do believe there is a little story behind the name, 'borrowed' perhaps from another buddy's blog name?!). Boy Party have recorded their first EP called On Yr Lips in Nathan's garage earlier this year, and this EP is lo-fi garage rock lover's heaven: 5 songs of sweet, sometimes tongue-in-cheek, lyrics sung over perfectly jangled (or perfectly fuzzy, in the case of I Saw You and the title track) guitars: odes to kissing, the beach, and lazy summer days spent wishing for things you don't have.
So, Boy Party is Nathan, Zack, and Logan currently seniors in high school, getting ready for arts & film-making studies in college next year, but for now, they are having some great fun in the garage, literally, with their music. Nathan, don't worry: people will most definitely hear your songs! Folks ready for some fun tunes should go right HERE for a free download of the EP. I can certainly see this EP on lots of peoples' summer play lists, fits right along with anything Real Estate and Beach Fossils: pure summer bliss.
Posted by Terri at 4:16 PM No comments: 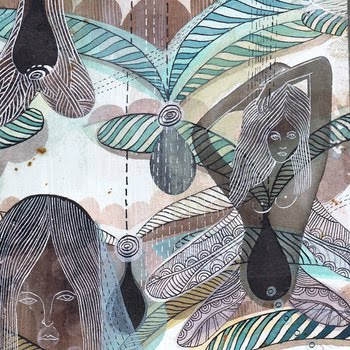 Like many Yankees, I have a bit of a fascination with the part of our good ol' US of A that lays below the Mason Dixon Line. Southern-made music is something I am always going to check out, and probably dig lots, as is the case with Birmingham, Alabama rockers The Dirty Lungs. The Dirty Lungs have released 2 EPs and a full album, and not one of the songs on any of those 3 releases disappoints in any way. Not one of the songs sounds like any of the others, and all are full of southern charm, flair, and some seriously amazing guitar reverb and interplay, which makes for a kick in the head upon first listen, and some very obsessive repeat plays. Want It?, the highlight of The Robins EP, has enough swagger and sexy attitude to put Elvis to bed, and I mean that, so seriously. DD Reg Reg, the highlight of the Deregulate Your Heart EP, is pure rock & roll FUN. Many of The Dirty Lungs' songs, like Sit Tight (from the album), are big & rowdy, loud & raucous, down & dirty, but some of the songs on these 3 releases are actually slower of tempo, and even a bit experimental in nature. Somehow, through masterful song writing and skilled playing, the southern charm of this band is always there, no matter what the tempo, pulling at your shirttails (in MY case, crawling up my arm and biting my neck, mmmmmm!), demanding your attention & enjoyment, and certainly demanding play after play, louder and louder. The 9 tracks of the album Somebody Here's Going Crazy can be found HERE, with stand-out songs Live Legit and 1000 Suns right in the middle of the album. Oh, and Lost In Space/Talkhouse from The Robins EP, with its mysterious vibe, and almost tribal drums and hushed vocals, that one deserves a WOW. Well, there are a lot of WOW's here listening to The Dirty Lungs music, go see for yourselves!
Posted by Terri at 11:50 AM No comments: 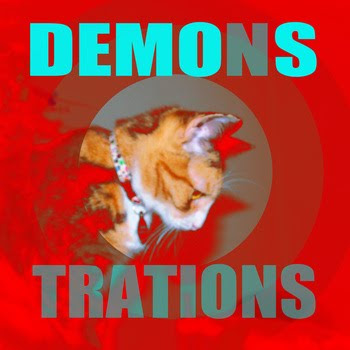 Time to turn the volume up again and get a little wild. From Ashville, North Carolina, USA, comes Alligator Indian, with one of the best, most promising EPs of demos I have heard in a while. For those of us digging the wave of garage/punk rockers making riotously good tunes today, Alligator Indian's music is bound to find a place in lots of our collections. It's early in their recording career just yet, but the Demonstrations EP and the New Weird Xmas EP (yes, done at Christmas time last year) Alligator Indian have up on their Band Camp page, are a big hint at some great talent for catchy, loud, cool-as-shit garage-punk songs. The band are currently working on polishing the demos and releasing a proper EP, but for now, the songs they've got up as demos are devastatingly good already, cannot wait for more from Alligator Indian!
Posted by Terri at 11:16 AM 2 comments:

Time Share is a song born out of the collaboration of legend R. Stevie Moore and long-time fan of his, and talented musician, Chris Oliver of The Solar System (recently profiled for DSK blog). It's really an exceptional song, quite unexpectedly funky and fun. Have a few listens HERE at the Sound Cloud page and enjoy!
Posted by Terri at 10:54 AM 1 comment: 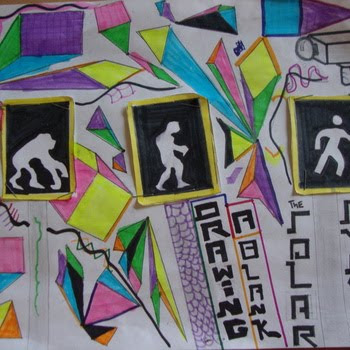 Now to take the tempo down a bit, less frisky, more moody & trippy, I would like to introduce you to The Solar System. Basically the one-man project of Chris Oliver, originally from Detroit, Michigan, now in Warren, Chris was literally born into a musical family. His direction straight into music was pretty much laid out for him, you could certainly say. Learning drums at a very early age and playing drums in various bands kept him busy for years, then later he took up guitar, which he plays left-handed on his lap. Quite amazing already, it gets better: after delving into numerous styles of music, Chris began making his own signature sound of down-tempo, ambient tunes, which he has put into albums and EPs for us all to listen to, experience, and enjoy, all available on his Solar System Band Camp page.
The Solar System's music is all played by, recorded, and produced by Chris himself. The soundscapes are from dreams, light and airy, quiet and comtemplative. Many songs on the album Drawing A Blank are without lyrics, but a few do have words, like the gorgeous Surveillance Cam, which actually has a bit of folk to it. 1a3b4c5d has lyrics quietly sung over a trip-hop beat, always a favorite around DSK. Slightly darker Broken Silence is another highlight, with low keys topping a trippy undertow. Late Night Music, track 9, actually has some psychedelic influence with its Brian Jonestown Massacre-style guitars, then track 10, A Question, slips back into contemplative mode, quite and moody.
Listening to such varied artists as R. Stevie Moore, Tame Impala, Dumbo Gets Mad, Mr. Syd Barrett, Miss P.J. Harvey, and Neil Young, Chris keeps his influences always at hand, even though his music is quite original and nothing like any of the above-named artists. Striving for something atmospheric, he has succeeded with Drawing A Blank. Play it while you are relaxing late at night, needing only some ambient music to help along your escape from the day.

It's been quite a while since we've done a profile here at DSK, so I want to thank Chris Oliver for letting me into his Solar System, and letting me share it with you all, and for telling me what was happening in his music-loving life. Music lovers like we are, we have to stick together & spread the word. Check out The Solar System on Band Camp, Drawing A Blank is the album reviewed here, the rest of Chris's EPs are all there, too. Amazing cover art, by the way. Check it all out.
Posted by Terri at 4:26 PM 5 comments:

Labels: album review, Chris Oliver, Drawing A Blank, profile, The Solar System
Newer Posts Older Posts Home
Subscribe to: Posts (Atom)
This blog's sole purpose is to bring some well-deserved publicity to new or less-known artists who fit the bill of 'new psychedelic, shoegaze, experimental, folk, and garage rock' music, through videos, links to MySpace pages and Band Camp pages of the artists, gig reviews, and through interviews with, and information about, the artists themselves. It is dedicated to Black Market Karma. Their music made me want to shout about it from the rooftops. But today, instead of rooftops, we have the internet & blogs, yeah.