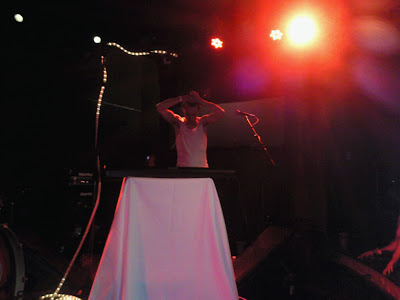 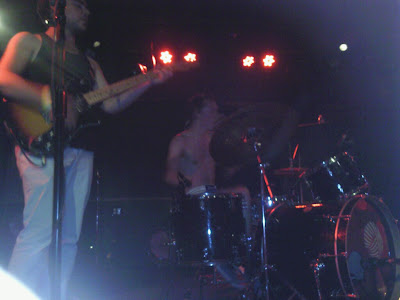 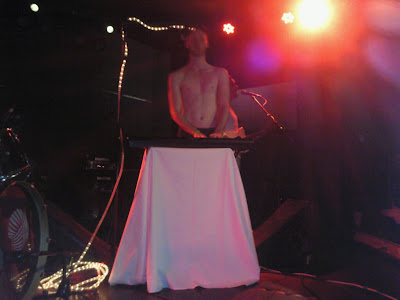 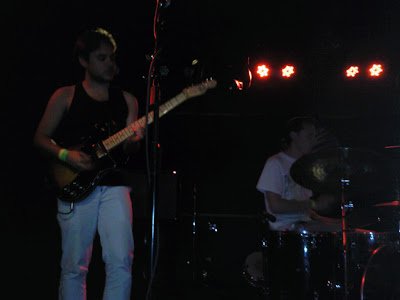 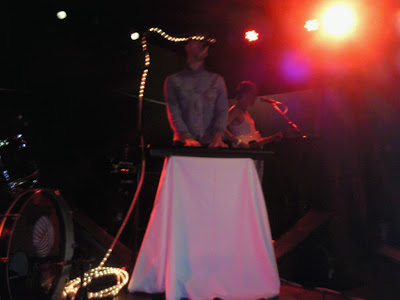 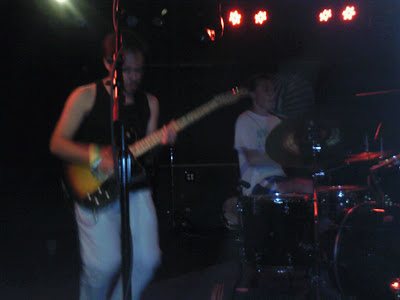 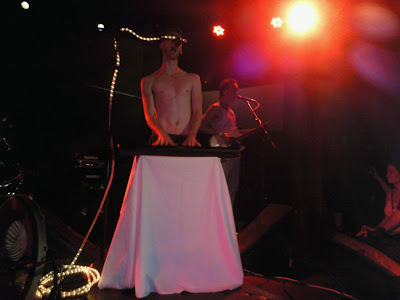 World Unite Lucifer Youth Foundation, or WU LYF for short, spent a sweltering summer weekend in New York City, playing shows both in Manhattan and in Brooklyn. I have to say, this was a performance I was quite excited for, and these young Brits did not disappoint. In fact, they were so fantastic onstage playing songs from their debut album Go Tell Fire To The Mountain, that I was pretty blown away. WU LYF seem to have their own language, it's English, yes, but not the regular old English we speak in on a daily basis. They've done something to the words to make them their own, used them in unexpected combinations and in colorful and imaginative ways, which is evident even by their album title. I was really surprised to see how many people at the Brooklyn show knew every single word to all of WU LYF's songs. WU LYF sing in sort of a gospel style, with their music embracing not only gospel, but world beat, R&B, soul, even ska and straight up rock & roll. They have hit upon something so original, so absorbing and uplifting, that they definitely deserve to have real music fans listening. Adding a tribal and primitive element to their songs with huge, pounding drums, the howling, gospel-like vocals and Fender Telecaster Custom guitar work combine with that tribal beat to create music that strikes something deep inside the human spirit. Something strong and beautiful is stirring here beyond what is on the surface, and if you give it the chance, I believe you will come to love the feeling this music gives you.

I've posted some of my own photos, although they are a bit dark! I do shout a huge THANK YOU to WU LYF for playing for us that night at Knitting Factory, Brooklyn definitely loves you!
Posted by Terri at 5:06 PM No comments: 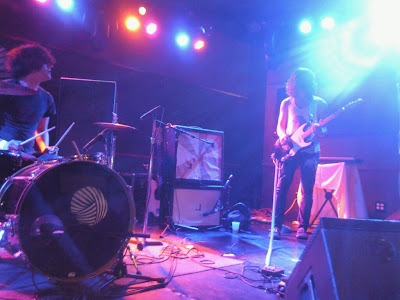 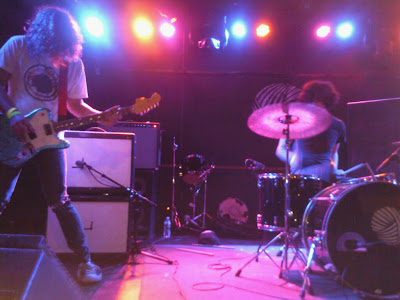 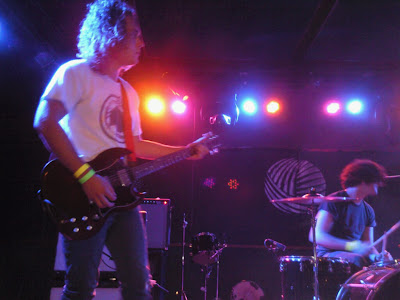 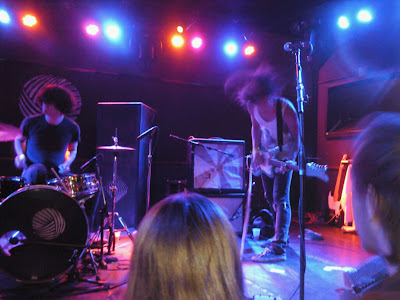 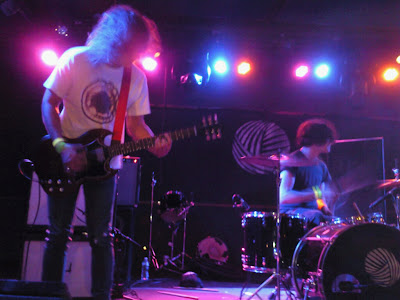 Again Bass Drum of Death pay New York City a visit during their 2011 tour to support their album GB City and again they absolutely ROCK. This time around, John, Colin, and Print were playing with the likes of Young Buffalo (from the same hometown as Bass Drum of Death, Oxford, Mississippi), and all the way from Manchester, England, WU LYF. I have seen the band play quite a few times this year, and each time, they get better and better. I was thinking, are they getting tired being at the end of this tour and playing the rowdy rock & roll tunes off GB City over and over? My answer to that was, well, no, at least it doesn't SEEM that way, as Bass Drum of Death just continues to blow my mind with their bad-ass music even more now, than at the beginning of this tour months ago. Keep rocking, boys. Thanks for the great music and the great live shows. I've posted some photos from The Knit, as I was able to get some better shots this time.
Posted by Terri at 1:40 PM No comments: 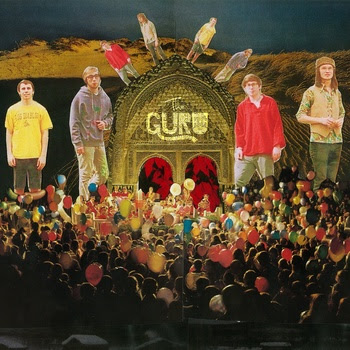 The Guru, from Watertown, Connecticut, USA, are absolute charmers. Play their album Native Sun and from the second it begins, you will know exactly what I mean. Arizona kicks off the album with the best upbeat dance rock stylings, and you are already out of your seat. Reel It In keeps the pace pumping, the funky twang of Fender guitars filling the song. My personal favorite, Barracuda Hands, is insanely catchy and jumpy, with the perfect guitar riffs all jammed in there, and following song Pirate's Cove is yet another bouncy, spastic treasure. The Guru have even done their own sweet take on a disco dancing tune, Disco Daughter. All eight songs on The Guru's Native Sun album are so filled with bounce and charm, it's quite addictive.

The band consists of Kyle McEvoy, 17 yrs old, on guitar, Eddie Golden III on drums and awesome vocals, Colin Sullivan on guitar, and Dan George on bass, all 18 yrs old. The Guru may be young, but they have already got life all figured out, and that is something some of us older folks can't even say! Quote from their fantastic Tumblr: 'There's a certain way to live life, only a few know it. Trusting in other humans, trusting in yourself to make the best out of a situation, and knowing that you're only in it for so long.' This just blows my mind something crazy! I love this quote, this philosophy, of getting out there and doing something good and having a great time with cool people. Keep yourself surrounded with good things and feel the good vibes, and enjoy it while you can!

These four young guys have known each other for a long time, and have been playing music as a four-piece band for two years now, just getting together with their gear one day & as Kyle puts it: '...we all decided to jam together and we never looked back!' Colin and Eddie had already been playing as a two-piece with the name The Guru, and Kyle and Dan were in another band, but that day, it all came together for them. As for the scene around where they live in Connecticut, they pretty much made it what it is, setting up gigs, getting folks together for a good time, with great music. Impressive, this all is, they pretty much have me hooked with their story and their music, and I hope you all check out The Guru and get jumping with them and their tunes!

Soon to be released if all goes well, is Native Sun on vinyl, and a split EP with The Guru's buddies High Pop.
Posted by Terri at 4:39 PM No comments:

Labels: Conneticut, Native Sun review, The Guru
Newer Posts Older Posts Home
Subscribe to: Posts (Atom)
This blog's sole purpose is to bring some well-deserved publicity to new or less-known artists who fit the bill of 'new psychedelic, shoegaze, experimental, folk, and garage rock' music, through videos, links to MySpace pages and Band Camp pages of the artists, gig reviews, and through interviews with, and information about, the artists themselves. It is dedicated to Black Market Karma. Their music made me want to shout about it from the rooftops. But today, instead of rooftops, we have the internet & blogs, yeah.