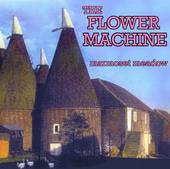 They dig balloons. And trampolines. And candy canes.
Take some time today and visit the musical world of The Flower Machine.
This is music for a sunny day. Or any day, for that matter.
I have been listening to their album pictured above, called Marmoset Meadow, and I keep thinking they are from England, but no, they hail from Los Angeles, possibly from another time, another dimension, here now to offer us some of the most acid-drenched psychedelic tunes I have heard thus far. Syd would be so proud.
Check out the tunes, and follow the links from their MySpace to further explore the psychedelic heaven that is Trip Inside This House's music blog. The Flower Machine have donated their sublimely sweet and infectious tune called Traveling By Trampoline to a not-to-be-missed compilation album you can download for free. The album's songs were compiled and made available to us by the creator of Trip Inside This House. I give him many thanks, as the songs from his Summer Solstice II compilation (there is also a Summer Solstice I, yes, from 2008) have been playing in my house and brightening up my days, for the better part of this week now. I hope you all find the time to grab your tambourine & enjoy the magical little cloud-world of The Flower Machine!
Posted by Terri at 10:13 AM 2 comments:

Labels: Marmoset Meadow, The Flower Machine, Trip Inside This House 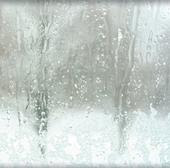 Pilot Cloud is a duo from Philadelphia, Pennsylvania. Forgoing the typical four-piece band set-up, Nick Biscardi and Justin Lerner are doing it all themselves. On top of that, they are giving away the songs of their first album, In Transition (the lovely cover art is seen above). This is one give-away you cannot miss. I am a little late in finding out about this, as In Transition was completed in 2008, but thanks to some snooping around MySpace and following leads, I did find it, and I am in love with In Transition's lush, sweeping soundscapes and airy, sparse vocals.
With their musical beginnings sown in the form of the band Hans The Double, Justin and Nick paired off after that band split up in early 2008. What is important here, is that they felt the need to create their own original and exciting music, and now they are sharing it with us.

I asked the band a few questions, to get to know them a bit better:

So you are doing it! Making and producing and distributing your own music. I read that you guys did not actually plan this out, but rather it just came together, song after song till you had enough for In Transition to be a full album. I have brought your music to quite a few peoples’ attention, people from all over the world, and they all absolutely love it. Do you feel now, like you are gaining a bit of a fan base, a year after In Transition’s release?
When we had the album finished and ready to distribute, our only real M.O. was to submit to as many blogs as possible and see if anyone would run something on us. Things started to pop up here and there after that. A bunch of places just listed us as a band to check out, didn’t really say anything about us. As more people listened, the features started getting bigger. With the internet, we’ve been able to pop up anywhere and everywhere. An Italian blog wrote a real nice review of the record. People on Last.fm started tuning in from places like , , and all over the world.Regarding an actual fan base, it’s been easier to connect to people playing shows. When we play, we have everything in front of us to let people get to know us. However, it’s been great to use the internet as a way to get a foot in the door. We just played in where we’d only talked to one of the accompanying acts via email before the show, but by the end of the night we’d made at least ten new friends.
Have you guys always lived in Philly? How is the music scene of your hometown? Would you say there is a ‘scene’ there that Pilot Cloud fits into?
We’ve been scattered throughout the tri-state area. I, Nick, have spent my whole life living in different suburbs of and now live in Justin grew up in , , went to school in , and now lives in .There’s not a tight-knit scene that Pilot Cloud is in with, but there’s definitely some interesting psychedelic, ambient, and shoegaze bands in and around the area like Arc in Round, Cloud Minder, Streaks of Light, and Ports of Call. If there’s any organization amongst bands, we certainly haven’t been privy to it. We spent most of 2008 immersed in basements writing “In Transition”, so we’ve adapted to the hermit lifestyle, but we would definitely love to be able to be a part of a handful of bands that have themselves together to essentially create a scene of our own
.What kind of guitars/amps/other instruments do you guys use? What is the key to bringing an expansive sound such a Pilot Cloud’s to the stage with just 2 people?
We wouldn’t really say there’s much of a trick to us having such a big sound. Justin plays an Epiphone Les Paul guitar through a Vox AC15 amp. I play Gretsch drums and Zildjian cymbals. Nothing major there. The real key is that we play alongside the bass tracks and supplementary guitar layers onstage. We’re not playing more, it just sounds like we are. The guitar layers are likely what do the trick.
Have you always been involved in music? What are your inspirations?
We’ve each been playing our respective instruments since the late 90s. With the difference in age between us (Justin is 28, I am 21), it has taken up more of my life than Justin’s. I took up drums at age 9 after a failed stint at trumpet, while Justin took up guitar likely to impress girls when we went off to college.Both of us stay motivated and inspired by the music we like. Pilot Cloud started out of wanting to make music we would want to hear. We knew why we liked the bands we did, and we thought we could put our own hat in the ring to stand alongside music we already listened to.
You are coming to in October, where you most definitely fit into a scene! The shoegaze, psychedelic, and noise-rock scene is vibrant, and alive with young artists who are getting out there with their bands and making amazing music. Is this your first time in and are you excited? Do you follow any bands, or are you friendly with anyone here?
We’ve played before in previous bands, and it’s definitely still exciting to come up to . We’re friends with Brooklyn-band The Party Faithful (Justin went to college with their bassist), and they actually helped us pin down this show in October. Through prior bands, we’ve come across some real cool acts like The Press, Gold Streets, and Moving Mountains (from Purchase, NY).
When you are done touring to support In Transition and have given away all your copies of it (I still think it’s worth a TON of money!), what is next for Pilot Cloud?
We surpassed a lot of our own expectations since we released “In Transition”. We toured behind it, made some cool new friends, got some kind reviews, and even had some money tossed our way. Unfortunately, the physical copies of the record are disappearing before we can order more pressings. We’ve gone through close to 300 free copies since last Christmas.But all that being said, we have really missed the writing process over the last year, so we’re going to get working on a follow-up EP to “In Transition”. We’ve written one new song (which has been assimilated into the live set) called “Diaspora”. Beyond that, we’ll just have to wait and see what happens.

Thanks to Nick for the interview! And thanks to Pilot Cloud (check their MySpace and listen to some tunes from In Transition) for the amazing music. Pilot Cloud's songs are songs that reveal more and more with each subsequent listen. Upon first listen, Leaf, Map, Sounds of an Era, and the title track all sound like the perfect mid-to-up-tempo shoegaze-style compositions, but keep listening. The real charms of the songs are to come, and that is the mark of some quality song-writing and talented arranging.

More to come in the very-near future about Pilot Cloud, after they come visit New York City for their gig with their friends The Party Faithful, next month!

Labels: In Transition, interview, Justin Lerner, Nick Biscardi, Pilot Cloud
Newer Posts Older Posts Home
Subscribe to: Posts (Atom)
This blog's sole purpose is to bring some well-deserved publicity to new or less-known artists who fit the bill of 'new psychedelic, shoegaze, experimental, folk, and garage rock' music, through videos, links to MySpace pages and Band Camp pages of the artists, gig reviews, and through interviews with, and information about, the artists themselves. It is dedicated to Black Market Karma. Their music made me want to shout about it from the rooftops. But today, instead of rooftops, we have the internet & blogs, yeah.